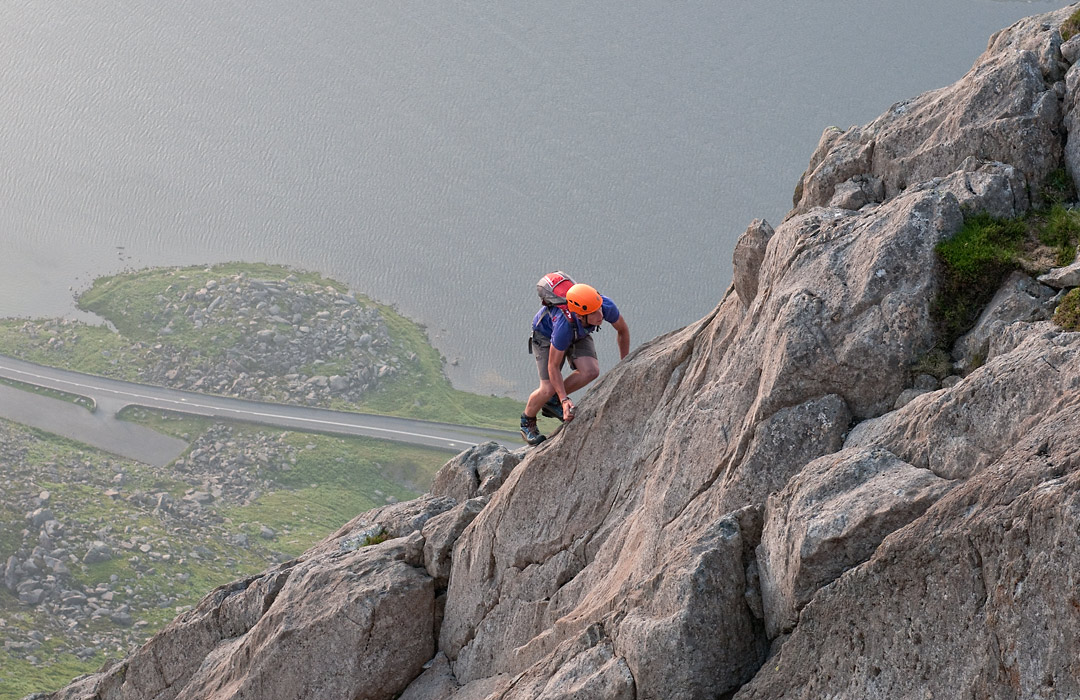 Scrambling on Notch Arete, on the west face of Tryfan, Snowdonia

All the selected scrambles lie within a 20km x 15km area of northern Snowdonia – a relatively compact area as far as mountains are concerned, so dead easy to get around. As well as high mountain scrambles, the book includes a few shorter scrambles near to the road, which can be done in a couple of hours. There are also suggestions for linking scrambles, to create day-length journeys across Snowdonia’s rugged landscape.

North Wales Scrambles has a clean and simple layout that is easy to read on a mountainside. The hard cover is cloth bound and feels good in the hand. The weave is the same as that used on the classic Welsh climbing guidebooks of the 1930s. A slight tweak is the addition of a thin polymer laminate, which creates an extra bit of protection when on the hill.

For this 2nd edition, all 50 scrambles have been re-visited and checked, and their descriptions revised where necessary. Only minor revisions to a handful of routes were actually needed, these being mainly due to rockfall. As I now know more about cartography, I also took the opportunity to improve the maps, which are now a bit nicer (can’t think of a better word).

Out on the hill, the guide is designed to be used with the popular 1:25,000 Ordnance Survey Explorer Map of Snowdon (OS 17). Pinpoint accurate grid references are given for the start of every scramble.

If you’re into ‘stats’ type guidebooks, with lots of symbols and brief descriptions, well, this probably isn’t the book for you; it’s printed in Wales, on nice paper and is written with care. 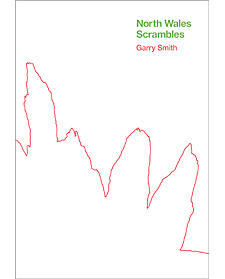 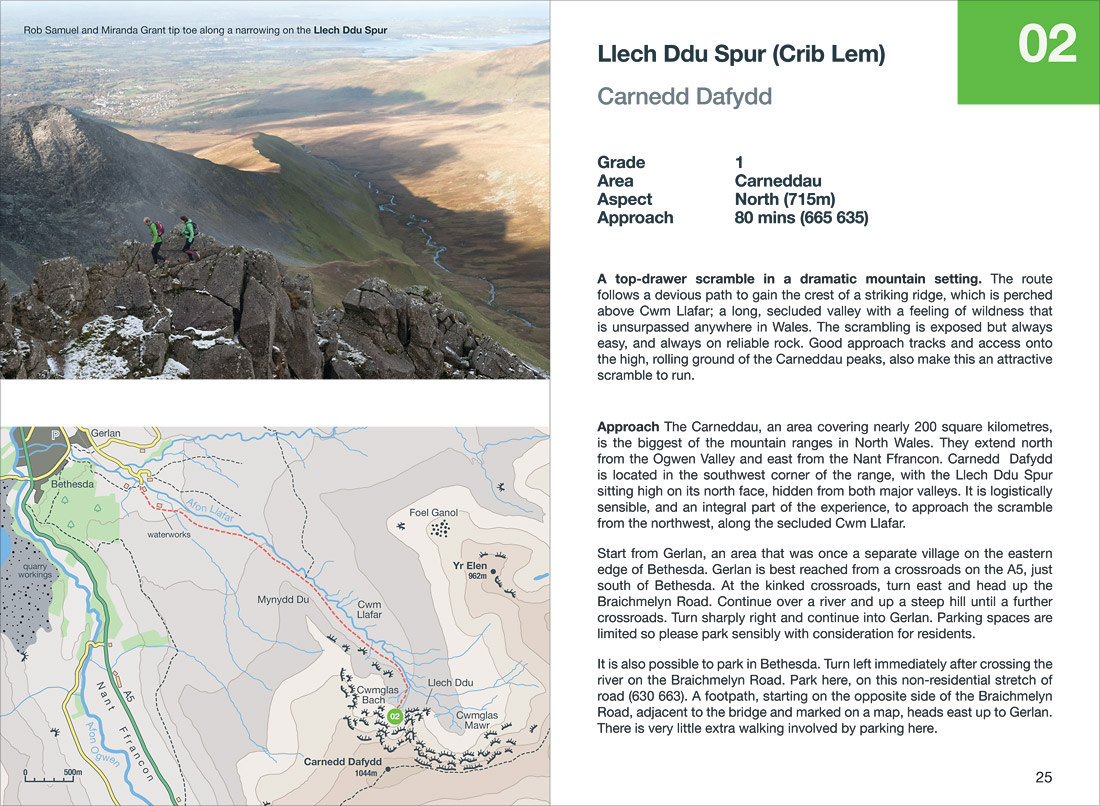 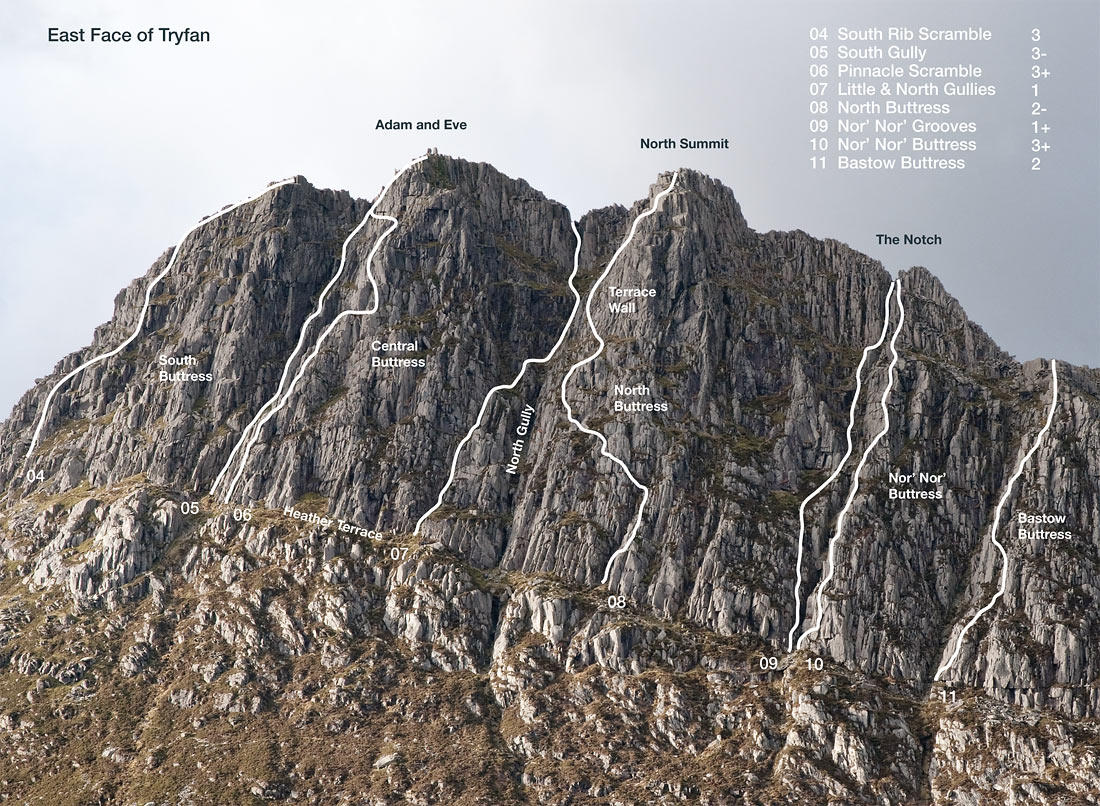 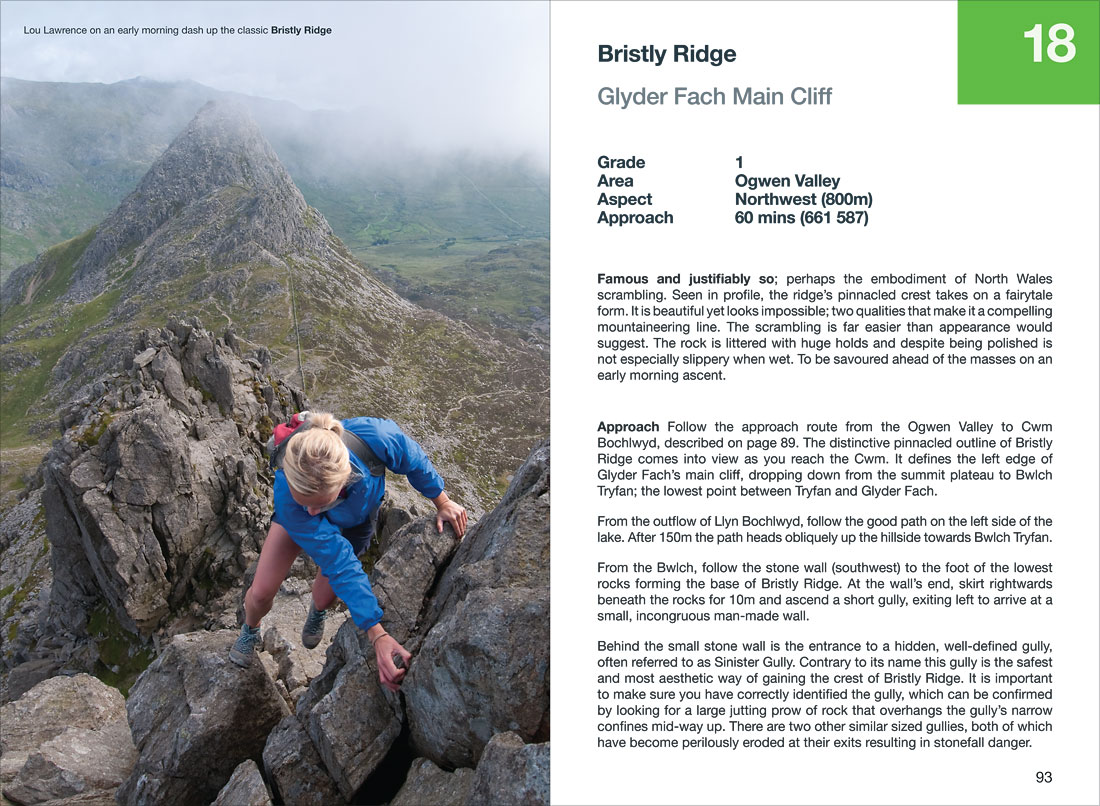 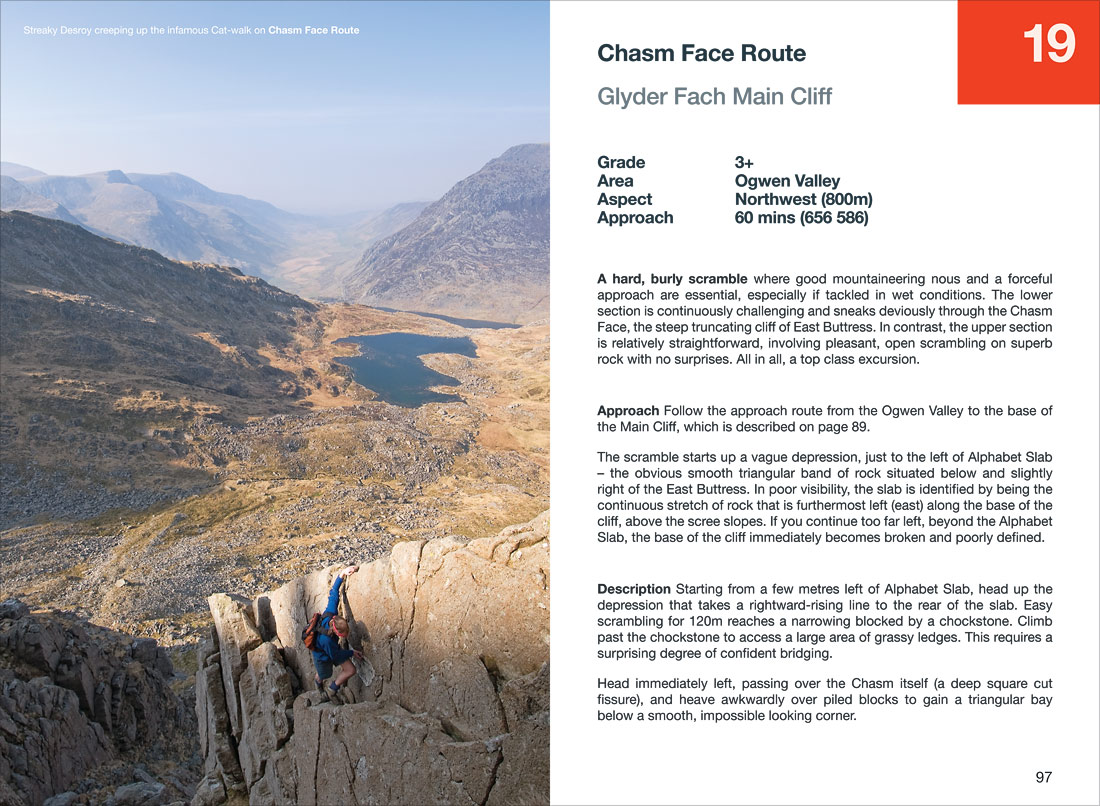 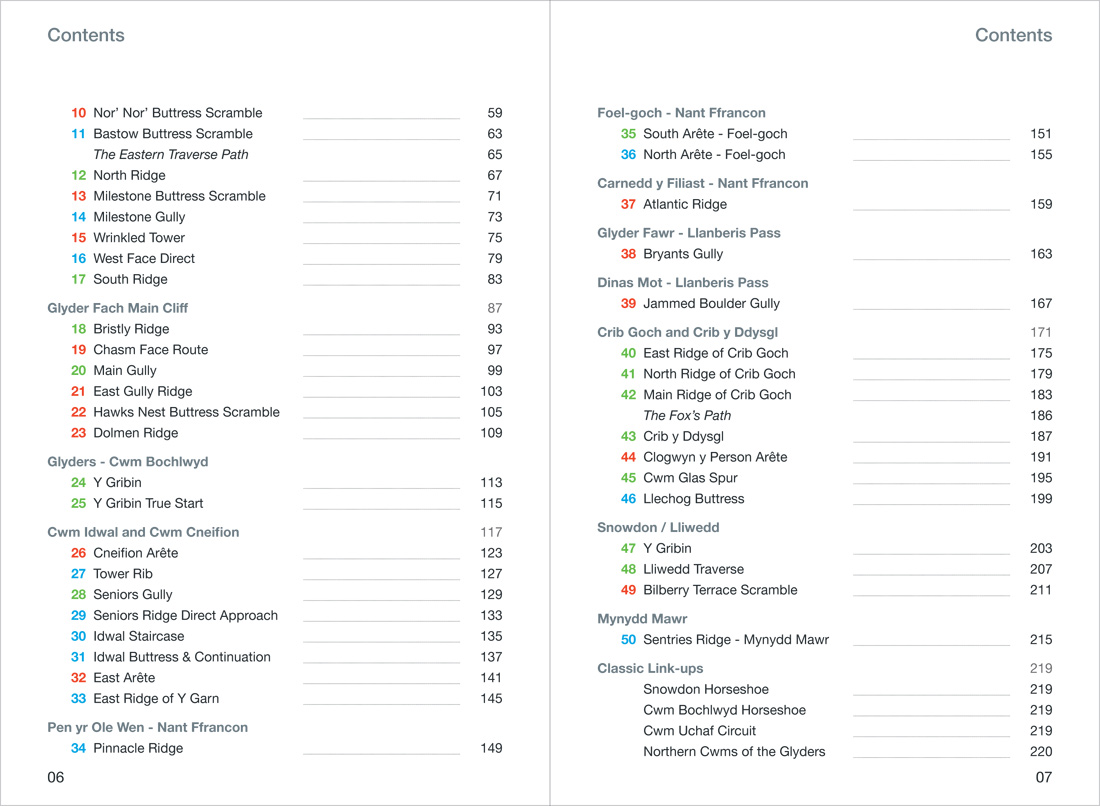 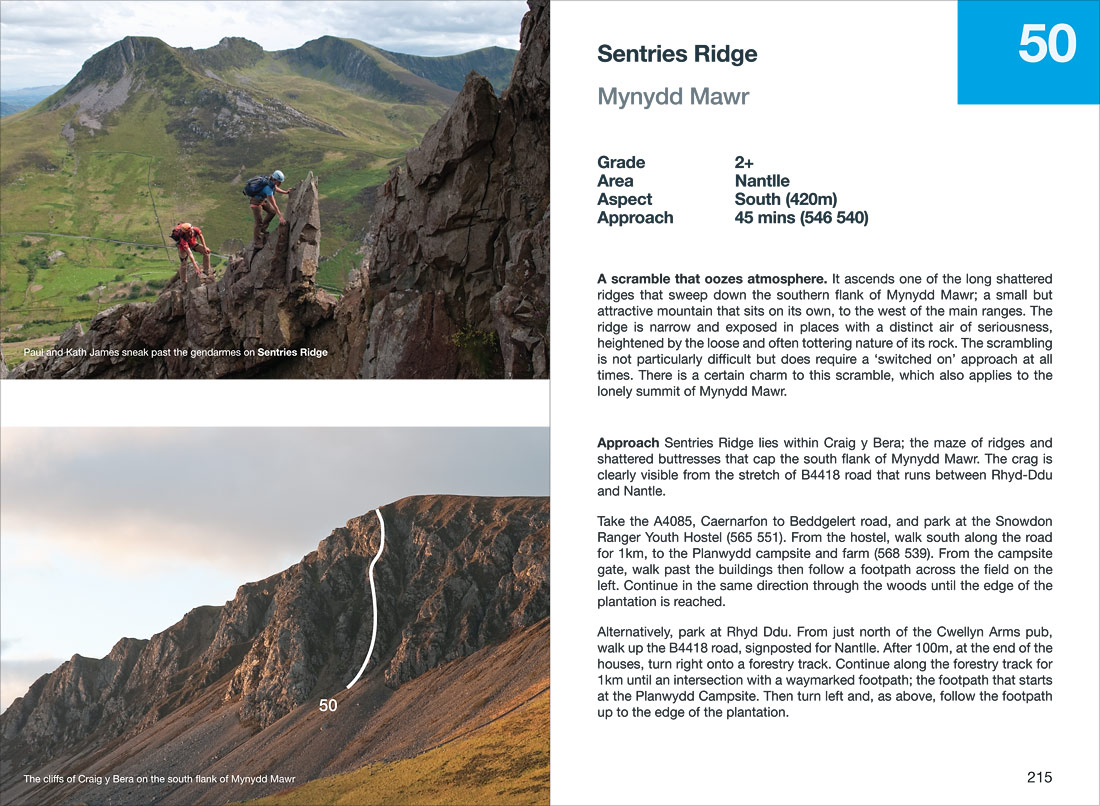